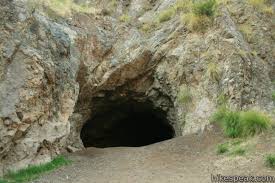 Samuel Pepys, a 17th-century London writer, famously buried his parmesan cheese wedge to protect it from the Great Fire of London in 1666.

Bavarians originated the lighter, crisp beer by accident – they needed to store their beer somewhere during the long German winters, so they put it in caves. Even modern humans put important things in caves to keep them safe and cold.

Lager accounts for a whopping 94 percent of the world beer market, thanks to the miracle of refrigeration. Refrigeration made it possible to brew lager year-round, and to brew lager in more places and keep it cold until serving.

During medieval times, cold storage of beer in caves was a common practice. So how did lager yeast come about in the 15th-century Bavarian caves, if humans had been storing their beer in caves for a long time?

Lager yeast developed through the unique hybridization of two yeast “parents” – S. cerevisiae and S. eubayanus. It was the  joining of these two yeasts, under the ideal conditions of cool underground caves, that created the distinctive alcoholic beverage we know as lager.

The existence of these two parents suggests two origins independent from each other, a somewhat surprising evolutionary path.

“Lager yeasts did not just originate once,” said the study’s co-author Chris Todd Hittinger, a professor at the University of Wisconsin-Madison, in a press release. “This unlikely marriage between two species, genetically as different from one another as humans and birds, happened at least twice.”

The authors said their study was important to help understand the molecular evolutionary processes of domestication and could provide a roadmap for future research.