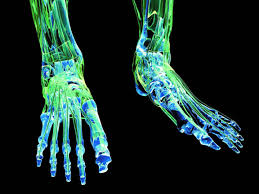 It's elementary, my dear Watson: smart software for medical imaging is the future of healthcare.

More than 7,500 U.S. healthcare sites use Merge to manage their medical images; the acquisition would allow Watson to access – and learn from –this enormous data set, with the ultimate goal of helping physicians make better patient care decisions.

This marks is IBM’s third major health-related acquisition – and the largest – since launching its Watson Health unit in April.

Watson, named after IBM’s founder, Thomas J. Watson (not Sherlock Holmes’ Watson, sadly), is a cognitive computing system. As such, it is designed to analyze information and “learn” the way the human brain does. Up until now, Watson has been focused primarily on understanding natural language processing, whether that’s spoken word or in writing, and it’s gotten quite good at that. More recently, IBM has been experimenting with getting Watson to understand pictures and video, according to John Kelly, senior vice president for solutions and research at IBM.

“Watson’s powerful cognitive and analytic capabilities, coupled with those from Merge and our other major strategic acquisitions…unlocks entirely new possibilities for the industry,” said Mr. Kelly.