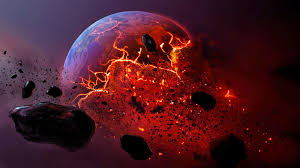 Rapid global warming caused the last mass extinction event about 200 million years, paving the way for the rise of dinosaurs in the Jurassic Period.

Geographically widespread species, including human beings, are just as likely to die off during the next mass extinction event as animals with smaller geographic ranges, according to a recent study published in Nature Communications. .

This new study explores the relationship between geographic range and extinction in the fossil record of terrestrial vertebrates from the Triassic and Jurassic periods (252-145 million years ago).

The volcanic activity that rocked the planet 200 million years ago – the Triassic-Jurassic boundary – also released vast amounts of CO2 and other greenhouse gases into the atmosphere, causing rapid — and deadly — global warming.

“In effect, we are creating the same conditions today via human activity, only on a more rapid timescale,” warned Alexander Dunhill, Professor at the University of Leeds and lead author of the study.

He added: “These results [of this study] shed light on the likely outcome of the current biodiversity crisis caused by human activity. It appears a human-driven sixth mass extinction will affect all organisms, not just currently endangered and geographically restricted species.”

During the Triassic period, organisms with larger geographic ranges were less likely to become extinct than those with smaller ranges. However, this pattern disappears near the Triassic-Jurassic boundary (around 200 million years ago) when the world experienced a catastrophic mass extinction event linked to massive volcanic eruptions and rapid climate change, leading to the disappearance of nearly 80% of life forms in existence. During this catastrophic event many groups of crocodile ancestors became extinct, which paved the way for the dinosaurs to rise to dominance in the subsequent Jurassic Period.