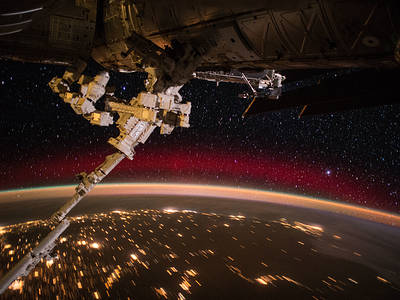 The result? Darth Vader, Luke Skywalker, and Princess Leia have come together again at last – as craters on Pluto’s moon Charon.

According to New Horizons’ scientist Mark Showalter, Charon is the first solar system body to have features’ names drawn from the legendary sci-fi franchise. The Darth Vader has a slightly darker appearance. By contrast, Princess Leia and Luke Skywalker are the names of two lighter-colored moon craters on Charon.

It is important to note that these names are not yet permanent. They must still be approved by the International Astronomical Union (IAU).

Potential names for these new features came from an online survey, OurPluto, which drew about 75,000 responses from the public. Previously, two Plutonian moons, Styx and Kerberos, got their names through a similar naming campaign.

Thanks to the public naming campaign, important figures from history and mythology are also represented. Pluto’s map boasts features named after Muhammad al-Idrisi, a Muslim discoverer and mapmakers, and Kupe, a Polynesian explorer who discovered New Zealand.