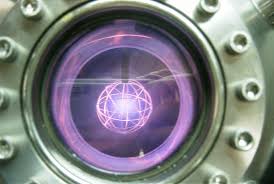 What flavor is your neutrino?

Initial results from Fermilab’s NOvA experiment confirm that the neutrino, a type of subatomic particle, or transforms from one type of neutrino to another (this is known as “oscillation”), according to a NOvA press release.

There are three different types, or “flavors”, of neutrino – muon-type, electronic-type, and tau-type. One of the primary goals of the NOvA experiment is to study the tendency of neutrinos to oscillate.

“For all the people who worked over the course of a decade…[on] this experiment, its beyond gratifying.”

Although neutrinos are unimaginably numerous, they are challenging to study because they rarely interact with matter.

In the NOvA experiment, researchers stationed at Fermilab in Batavia, IL shot a beam of muon-type neutrinos through a 500-mile underground tube, to another lab in Ashland, MN. The physicists in Minnesota measured how many muon-type neutrinos had changed into electron-types over the 500-mile journey, and how many simply disappeared.

A deeper understanding of the behavior of neutrinos could help shed light on fundamental issues in cosmology.

“One of the big questions of the universe if this: Why is there matter?” said William and Mary Physics Professor Jeffrey Nelson. “Why is there stuff? Matter and antimatter could have just annihilated and we’d be left with nothing in the universe but energy. If the answer isn’t in neutrinos, it’s something really exotic.”