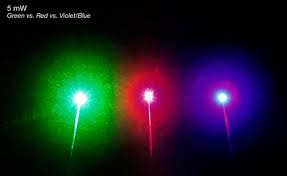 Fermilab’s NOνA experiment is helping scientists determine the role that ghostly particles called neutrinos played in the evolution of the cosmos.

“Why is there matter?” asks a modern-day-Hamlet-cum-Fermilab-researcher-extraordinaire, Jeffrey Nelson.

This foundational cosmological question has baffled scientists and philosophers alike, since the ancient times, when humans first became baffled by things.

Thanks be to modern science, to help us understand.

Fermilab’s NOvA project – the most powerful accelerator-based neutrino experiment in the U.S., and the longest-distance one in the world – announced its first set of results from its NOvA experiment.

The experiment involved shooting a neutrino beam across a 500-mile distance, from the Illinois-based Fermilab to the 14,000-ton NOvA detector in Ash River, Minnesota. Because neutrinos rarely interact with other matter, they travel straight through the Earth without a tunnel. The particles completed the 500-mile interstate trip in less than three milliseconds.

As predicted, particle detectors in Minnesota were able to confirm that neutrinos do oscillate – meaning that they morph from one type of neutrino into another (there are three different types, or “flavors,” total – muon, electron, and tau).

One of the primary goals of the NOvA experiment is to study this tendency of neutrinos to oscillate. In order to study such behavior, scientists needed to create an intense neutrino beam and send them continuously through a large detector for long periods of time.

The physicists in Minnesota measured how many muon-type neutrinos had changed into electron-types over the 500-mile journey, and how many simply disappeared.

“People are ecstatic to see our first observation of neutrino oscillations,” said NOvA co-spokesperson Peter Shanahan of the U.S. Department of Energy’s Fermi National Accelerator Laboratory. “For all the people who worked of the course of a decade …[on] this experiment, its beyond gratifying.”

Many more insights into the origins of matter can be expected from the NOvA project in the months and years to come.