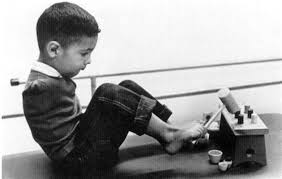 Dr. Kelsey refused to confer FDA approval for morning-sickness drug thalidomide, which was later shown to cause serious birth defects.

Frances Kathleen Oldham Kelsey, a Canadian pharmacologist and physician, was best known for blocking the U.S. sale of a medication used to treat morning sickness, thalidomide. Even though the drug was already in use in many countries, Kelsey believed that not enough research had been done and blocked its sale in the U.S., refusing to cave to corporate pressure.

When report after report of serious birth defects in infants whose mothers were prescribed thalidomide, Dr. Kelsey concerns proved to be justified. As time went on, thalidomide was eventually identified as the cause for dire birth defects in thousands of babies, many of whom were born with deformed or missing arms and legs.

Kelsey was the second woman to be awarded the President’s Award for Distinguished Federal Civilian Service by President John F. Kennedy.

Dr. Kelsey died last Friday at the home of her daughter, Christine Kelsey, in London, Ontario, of age-related conditions, only a day after being presented with the Order of Canada for “outstanding achievement, dedication to the community and service to the nation.”

Interestingly, Kelsey may have never gotten to do her crucial work at the FDA if not for a mistake about her gender when she was a student at McGill University in Montreal. She was known then by her maiden name, Frances Oldham, and in 1936 wrote the head of a new pharmacology department at the University of Chicago, asking if there was a research assistant position available. To her surprise, she got a return letter offering her the job.